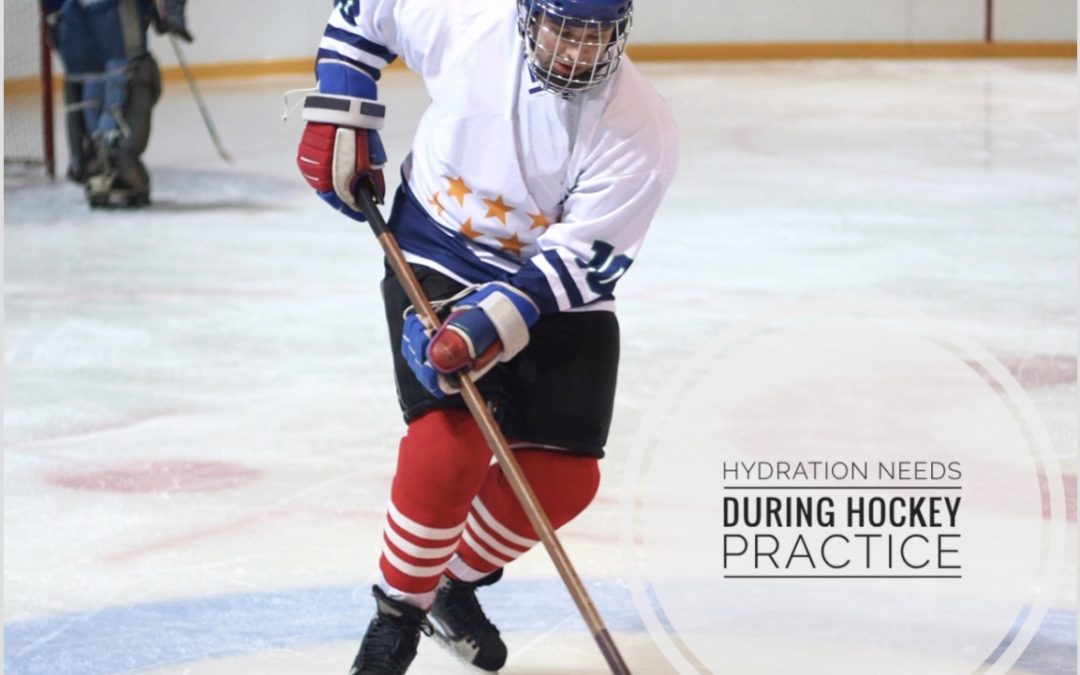 Maintaining a healthy hydration status during hockey practice is key to optimal sports performance, especially in sports that require athletes to wear a heavy uniform. This post explains how much hockey players need to drink during practice 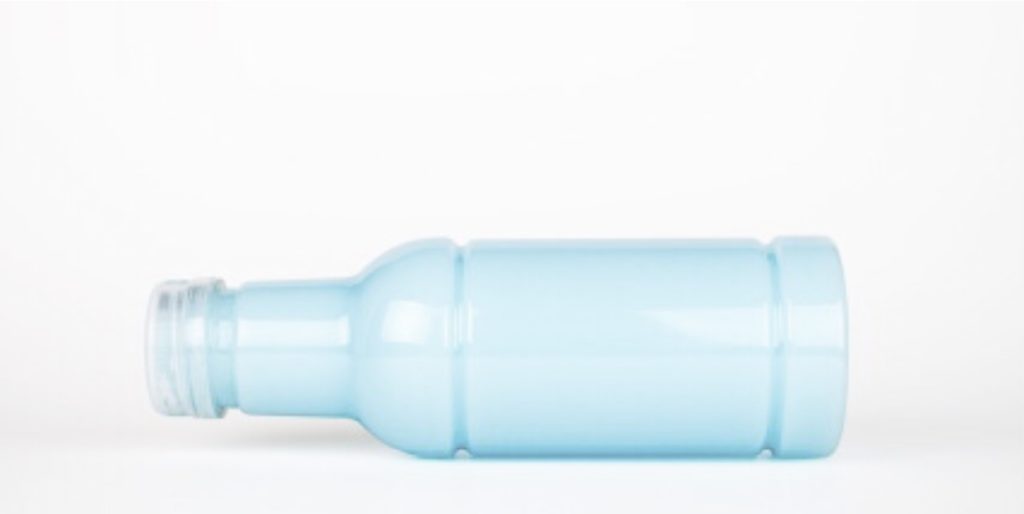 There are three extremely important principles to sports nutrition.

Athletes that apply these three key principles to their sports plan are sure to see, and feel, improvements to training and performance.  Yet. for so many athletes, one or all of these key components are left behind.

How Does Dehydration Impact Athletic Performance?

Research suggests that sweat losses, resulting in greater than 2% of pre-exercise body weight, can negatively impact athletic performance.  It can compromise aerobic exercise performance, as well as cognitive abilities. That’s why it’s important to start practice well-hydrated, and continue to replace fluid losses throughout practice and training. 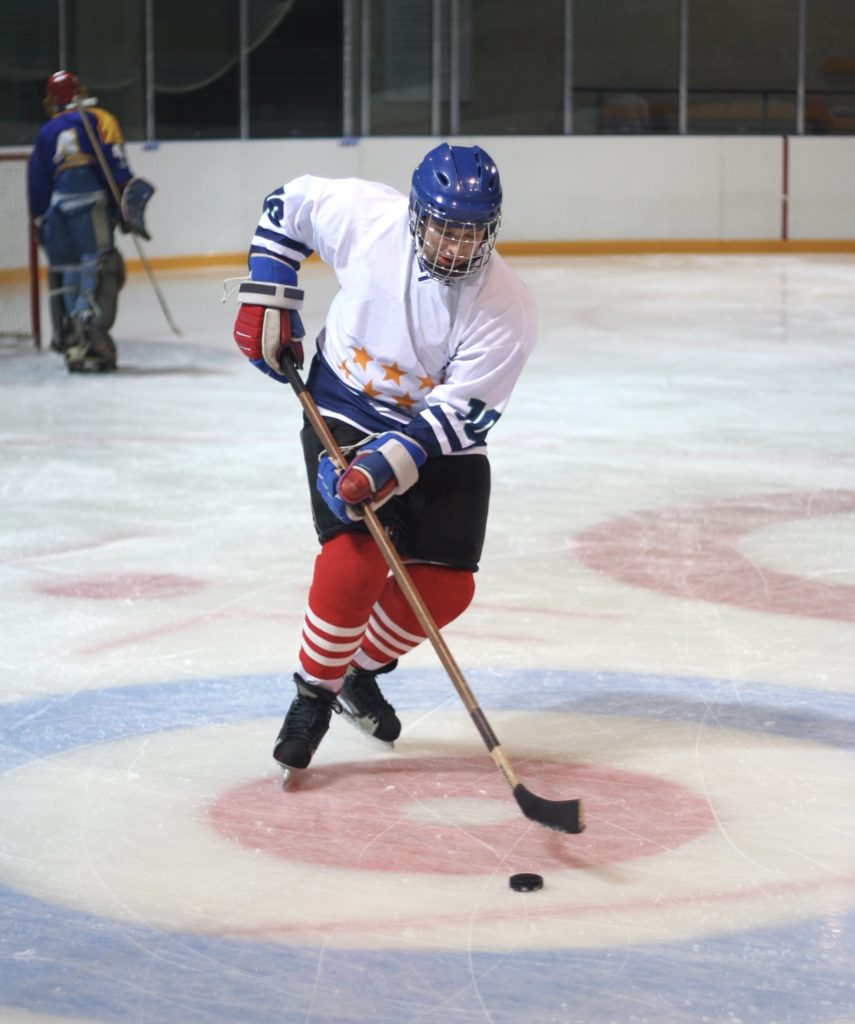 Should Hockey Players Drink Water Or A Sports Drink During Practice?

Hockey players need to drink water, but, plain water might not be enough.  Depending on the circumstance, a sports drink that contain carbohydrates and electrolytes may be a better hydration option.

The common recommendation is to consume a sports drink – containing a 5%-7% carbohydrate solution – when training will last over one hour. That rule of thumb doesn’t necessarily apply for hockey players.

That’s because sports like hockey, where the players have to wear heavy clothing, tend to have higher sweat rates. Consuming a sports drink can help players replace fluid losses and electrolyte losses, while also providing their body with carbohydrates – the fuel for working muscles.

What Does The Research Show?

Unfortunately, research shows that sports drinks don’t appear to be the first choice of elite hockey players. A 2008 study, published in Applied Physiology, Nutrition and Metabolism, showed that many elite and professional ice hockey players choose to drink water over a carbohydrate-electrolyte solution during their on-ice practices.  The question is, why? Do they believe water is better? Or, is water the only beverage available? Maybe water is what the coach or trainers were recommending. Would hockey players drink less, if all they had to drink was a sports drink?

A different study set out to investigate that answer.  Palmer, et al wanted to determine whether having only a carbohydrate-electrolyte solution (a sports drink) to drink, compared with water only, during practice, decreased fluid intake or affected other hydration and/or sweat measurements in elite players. The study, which was conducted on an Ontario Hockey League, found that when players were limited to only a carbohydrate containing electrolyte solution, they did not decrease their fluid intake during practice.   They also found that drinking the CES (carbohydrate containing electrolyte solution) improved sodium balance, and provided the players with a source of fuel. Considering carbohydrates are the fuel that may help offset fatigue for later stages of practice, providing sports drinks during practice seems logical and beneficial.

The ultimate goal is to consume enough fluids to maintain healthy hydration during hockey practice. Formal recommendations have been developed to make this happen.

How Much Fluid Is Needed Before Hockey Practice?

Hockey players should start of practice well-hydrated. THydration status can be practically measured by being mindful of hydration cues. That includes thirst, their pre-practice body weight, the color of their urine and how often they have to use the restroom.

The fluid recommendations before practice is for athletes to drink ~5-7 mL/kg body weight of water or sports beverage at least 4 hours before. That is equivalent to ~13- 19 ounces, for a 175# athlete. Considering hydration needs that far in advance, gives ample for excess fluids to be excreted, and additional fluids to be consumed. An additional ~3-5 mL/kg body weight of fluid, consumed about 2 hours before exercise, may also be beneficial. Drinking large amounts of fluid immediately before exercise is not recommended. Doing so can cause GI distress and even put an athlete at risk for hyponatremia – a low blood sodium level that can be caused by excessive water intake.

Hockey players may also benefit from eating a salty snack a few hours before practice. I share more information on pre-work out meals, snacks and fluids in my post, “What To Eat Before Training.”

How Much Should Hockey Players Drink During Practice?

The best way to maintain a healthy hydration status is to drink fluids during breaks and between shifts. Ideally, hockey players should try to consume ½ cup- 1 cup of sports drink every 15 minutes during practice. That equates to 4-8 gulps of fluid.

Rapidly replacing fluids after exercise helps to improve fluid status and recovery. It can also help to decrease post-exercise fatigue. Players should aim to replace up to 150% of their estimated losses.

To do this, athletes can check their weight before and after practice, then determine how much fluid they lost.  Drink 20-24 ounces of fluid for every pound of body weight lost.

It’simportant to remember that everyone sweats differently. Athletes that have a super high sweat rate, or who are salty sweaters will benefit from having an individual drinking plan that is tailored to their exact needs. Sticking to a hydration schedule, including a hydration schedule during hockey practice, can help to avoid dehydration early in practice. That’s important because once dehydration occurs, it’s next to impossible to recover until practice is over.