Shiitake mushrooms contain a variety of nutrients and bioactive compounds that may support your health – and their unique taste adds loads of flavor to your recipes. 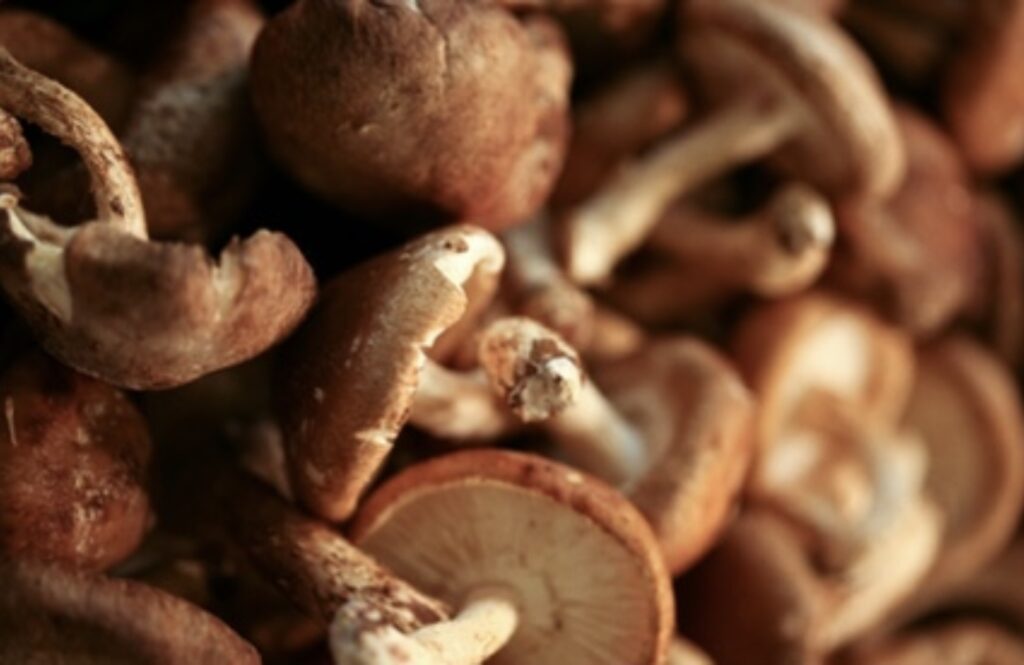 When most people hear the word fungi, it doesn’t exactly make their mouths water. Shiitake mushrooms, however, is one variety that should do just that. They can add loads of flavor and texture to your recipes, and contain nutrients and bioactive compounds that may offer some other health benefits, too.

What Are Shiitake Mushrooms?

Shiitake mushrooms are a type of edible fungus native to Japan and China. They are the second most commonly eaten mushroom in the world and can be found in the produce section at most super markets. Look for the mushrooms with broad, umbrella shaped caps, wide open veils, tan gills and curved, fibrous stems. They tend to be more expensive than white button or cremini varieties, but if you love mushrooms, they’re worth it!

Mushrooms, including the shiitake, are a hot topic these day. And, it goes beyond the ones you find at the grocery store. The popular fungi is commonly made into an extract or powder and sold as a dietary supplement. In that form, they are referred to as medicinal mushrooms.

Though just now gaining popularity in the US, using mushrooms for medicinal purposes isn’t new to Asian countries. Historically, the Japanese used the medicinal properties of the shiitake to increase the longevity of their people. While the Japanese are known for living a very long time, there is no evidence to suggest that shiitake mushrooms are the cause.

According to the natural medicines therapeutic research database, people take shiitake mushrooms today for many reasons. They take it to support their immune system, to treat high cholesterol and atherosclerosis, to treat diabetes, the common cold and the flu, and to treat certain cancers. And, that’s not all. Some people reportedly take it to help high blood pressure and other health conditions.

Before you run out to supplement store to buy shiitake mushrooms, understand that there is no scientific evidence to support most of those uses. And, most of the research that we do have, was done in animals.

The idea that shiitake mushrooms could benefit your health stems from some science. Shiitake’s contain a number of bioactive compounds, a few of which have shown some benefit to health. Animal studies have shown that the compound eritadenine may have cholesterol-lowering effects. Another compound, lentinan, has been studied for its potential immunotherapeutic properties. Results from studies conducted in China show that it may improve quality of life and promote the effectiveness of chemotherapy during the treatment of lung and other cancers. These findings are promising, if you’re a rat. Unfortunately, there’s limited evidence to suggest the same in humans.

If you read the supplement label on a bottle of mushroom extract, it probably claims to support immune health. That ‘s the most popular claim around taking medicinal mushrooms. And, while most research investigating the effect of those bioactive compounds on immune function has been done on rats, one human study did show some promise.  The study results showed that consuming of whole, dried shitake mushrooms daily, for 4 weeks, increased signs of immune stimulation –  including natural killer cells, and T cell activity. Basically, there was some evidence of improved immune function.

The results of that study are promising, but unfortunately, they have not been replicated. As you hopefully know,  one study is not enough evidence to tout the benefits.  The potential is there, but we need more evidence to say for sure.

That doesn’t mean you shouldn’t eat shiitake mushrooms, though. In addition to their bioactive compounds, they provide lots of other nutrients, and they add a unique flavor to your food.

While the pungent flavor of these mushrooms might scare you, the nutrition shouldn’t. They contain a wide range of nutrients, including B-vitamins like thiamine, niacin, riboflavin and B6 to Vitamin D, amino acids and dietary fiber. According to the mushroom council, four whole Shiitake mushrooms (~76 grams) provides: 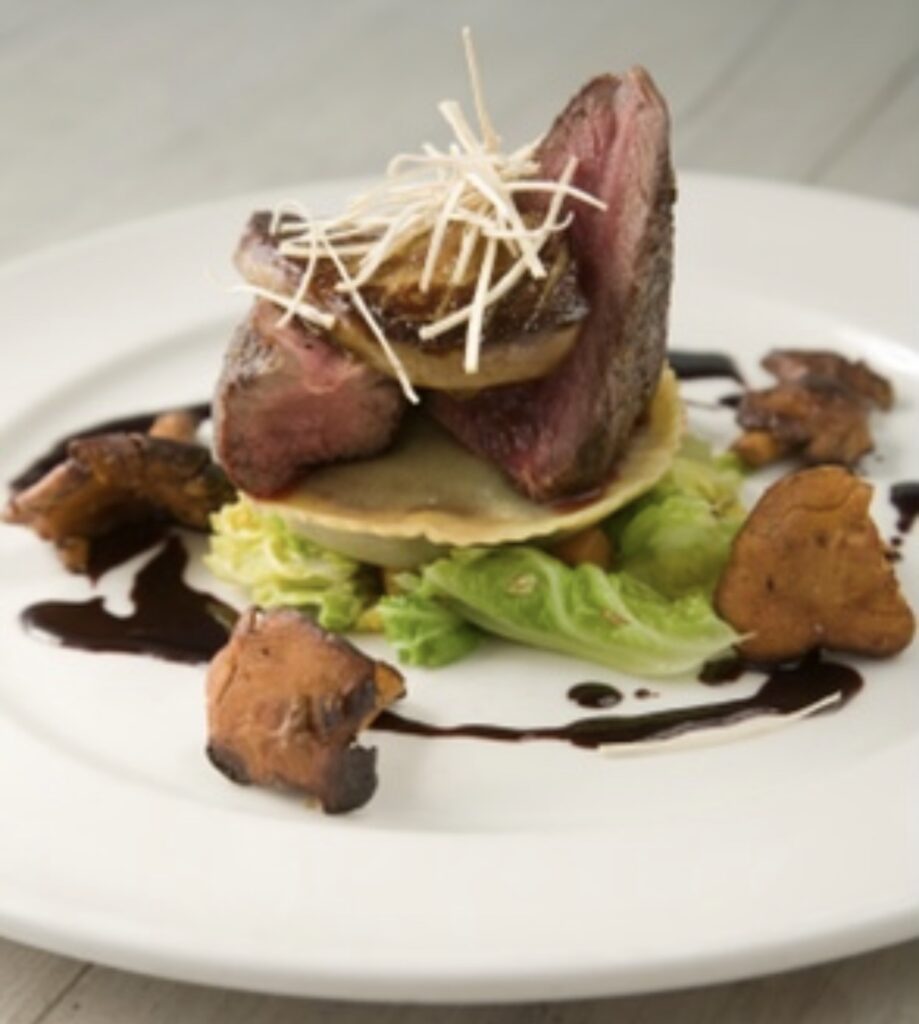 Shiitake mushrooms have a flavor unlike that of other mushrooms. They have a rich, earthy taste and a meaty texture. If dried, the flavor is concentrated and becomes almost smoky. Some people describe the flavor as buttery.

How To Eat And Cook With Shiitake Mushrooms

Shiitake’s can be purchased fresh or dried. The dried varieties should be reconstituted before using them in recipes. You can do that by soaking them in water for at least an hour. Use them in the same way you would use any mushroom variety – just be mindful of the cost and the unique taste. If you pair them with other strong flavors, you might not taste the shittake.

If you use fresh shiitakes, make sure to clean them first. Remove the stem, since they are too tough to eat.  Then, they are ready to eat or cook.

Slice them, then add them to salads. Or, put them in soups, stir-fry’s or other casseroles. You can also sauté them for a delicious side dish.  They add a unique flavor to risotto, pasta or rice recipes, too. Get creative – you really can’t go wrong!